The National Catholic Youth Centre, Mji wa Furaha (Kiswahili for Village of Peace), celebrated 25 years of its establishment on the 8th of March, at a colorful Mass presided by His Eminence John Cardinal Njue, the Archbishop of Nairobi. The Apostolic Nuncio to Kenya and South Sudan, Archbishop Charles Balvo, the Chairman of the Commission for Pastoral and Lay Apostolate and Bishop of Murang'a, Rt.Rev. James Maria Wainaina and Fr. Charles Odira, concelebrated the Mass along with other youth chaplains. 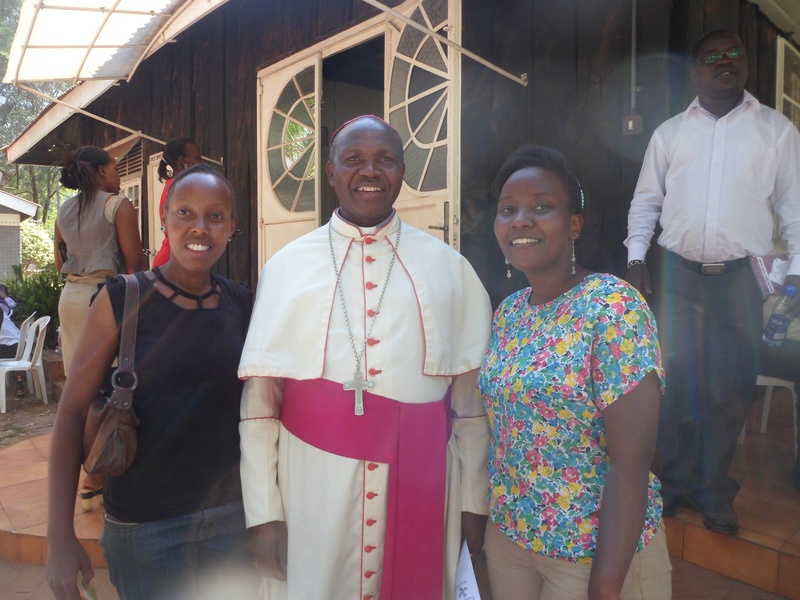 In his homily, Cardinal Njue called on the young people to strive to be close to God, in order for them to be a manifestation of His presence on earth. “Open your ears and hearts and allow the words to germinate and grow in your hearts, remain close to God and always be united with him,”, he invited the youth.

This message was enforced by the Apostolic Nuncio, who made reference to the World Youth Day theme for 2015, "Blessed are the pure in heart for they shall see God. He invited young people to always be ready to serve God and to be a source of hope and joy for their communities.

CYNESA is working towards bringing the Church's message on care of creation to young people and will be organizing forums to disseminate the eco-encyclical, when it is released, to parish groups and youth movements across Africa. 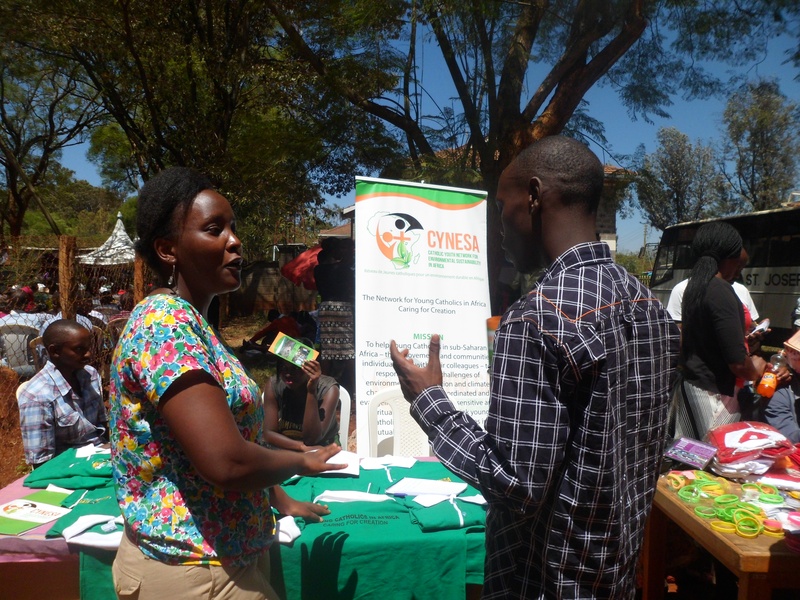 Roselyne interacts with a participant at the National Youth Mass

The CYNESA-Kenya team was present at the celebrations, represented by Edna, Alpha and Roselyne. During his visit to the Philippines in January 2015, Pope Francis implored young people to be good stewards of creation, saying "We need to see, with the eyes of faith, the beauty of God’s saving plan, the link between the natural environment and the dignity of the human person. Men and women are made in the image and likeness of God, and given dominion over creation (cf. Gen 1:26-28). As stewards of God’s creation, we are called to make the earth a beautiful garden for the human family." 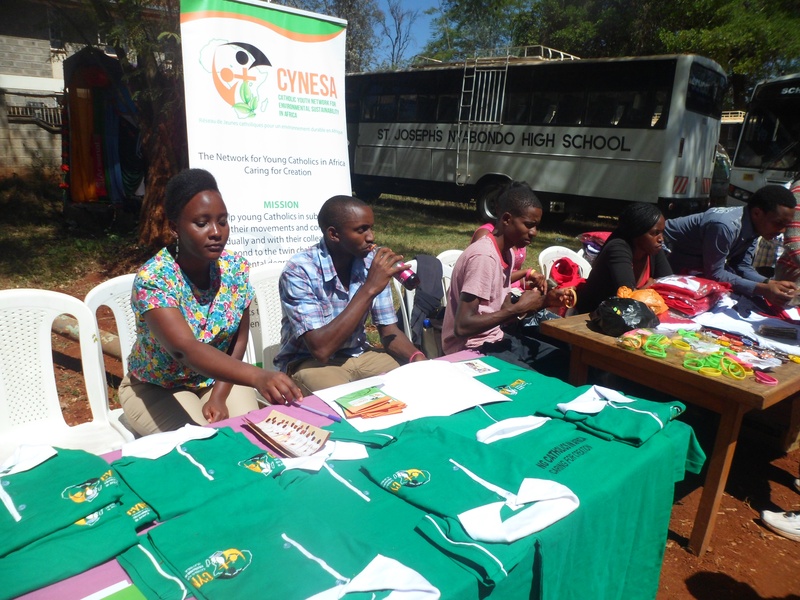 Alpha and Roselyne at the CYNESA desk displaying branded items

CYNESA is working towards bringing the Church's message on care of creation to young people and will be organizing forums to disseminate the eco-encyclical, when it is released, to parish groups and youth movements across Africa. Our presence at the National Youth Mass at Mji wa Furaha is a good example of how we are reach out to young people and we look forward to more gatherings.